When it comes to WordPress plugins, I’m often asked “How many plugins are too many?”

While it’s true that every plugin makes your site work a little bit harder, and can add “weight” to your front-end pages (such as additional javascript or stylesheets), depending on the scope of plugin, it may be totally negligible. Or, it could be quite significant.

Ultimately, it’s much better to focus on quality and functionality, not quantity. You’ll want to use plugins that are well-coded, actively supported, and as “lightweight” as possible (not adding things you don’t really need or want).

As a general rule, the fewer plugins you have installed, the better off you’ll be. Having said that, I know you still want to know how many plugins are “okay,” so here are a couple of reference points: Many sites have 20-30 plugins, and that’s probably just fine (depending on the plugins, of course). As I write this post, I have 36 active plugins on this site. If you have 50 or more plugins, that’s a lot more than most, and I recommend going through the list and seeing what, if anything, you can eliminate. Again, it really depends on what those 30 or 50 plugins are.

Once I locate a plugin that looks like it might do what I want, I immediately check out the following:

1. How many active installs are there?

The plugin repository will tell you how many sites are actively using the plugin (third-party plugins won’t show you that info, unfortunately). This is a great indicator of the popularity of the plugin. While that doesn’t mean the plugin is exactly right for you, it does mean that many other people are using it, which of course is a good sign. It’s also a helpful way to compare multiple plugins in the search results. If one plugin has 200 active installs, and another has 20,000, I’d definitely lean towards the second one.

2. How are the rating and reviews?

Just like with Amazon ratings, you have to take this with a grain of salt… but it’s very helpful to look at the breakdown of number of ratings. If you see almost entirely 5-star ratings, that’s obviously a good sign. If you see lots of 1-star ratings as well, it may help to check those out and see why they left those reviews. (Sometimes reviews are angry about something that doesn’t actually have to do with the product itself, or they wanted the plugin to do something that it wasn’t designed to do.)

If you find multiple plugins in your search, this is also a helpful way to help you narrow things down.

3. Is it actively being developed?

There are a few ways to get a sense of this. First is the “Last Updated” date. If it’s more than two years, you’ll actually see a warning on the page. It’s entirely possible, though, that a plugin was written a couple of years ago, and hasn’t actually needed an update. If you encounter this with a plugin that does one little task or fix, that’s usually okay. If you encounter this with a plugin that provides a lot of new functionality (such as an SEO or caching plugin), you should continue searching.

You’ll also want to check the changelog, so you can get a sense of what the developer has been up to. On the “old” plugin repository design, there was a separate “Changelog” tab at the top. On the new design, just scroll down on the plugin’s page (below the reviews).

If it has version 0.1 and 0.2 and that’s it, the plugin either didn’t need anything else, or the developer may have abandoned it.

4. Is it actively supported?

One caveat: Sometimes a developer will mention in the notes that they do not look at the forums, and to go to their website instead. That’s perfectly acceptable — as long as they’re actually providing support through their website.

5. Does it duplicate any functionality of your existing plugins?

I see this over and over again: Someone has installed several plugins that all do something similar. Sometimes it’s pretty obvious (Yoast SEO and All-In-One SEO are both installed, for example), but other times it’s not as easy to spot (such as WP Rocket and DB Optimize). Depending on the overlap, and which plugin features are actually enabled, it’s not necessarily a problem. But it’s worth going through your plugin list carefully to be sure you’re overlapping as little as possible.

Once you’ve chosen a plugin, go here for instructions on how to install it. 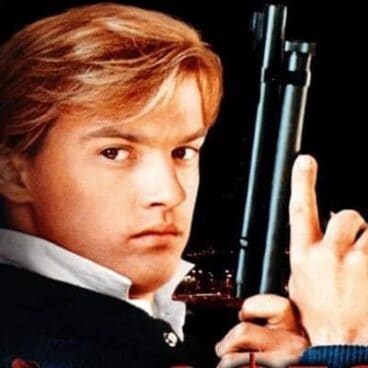 Is it time to switch your site to all-SSL?

How to update your WordPress plugins safely

Share this ArticleLike this article? Email it to a friend!
Email sent!