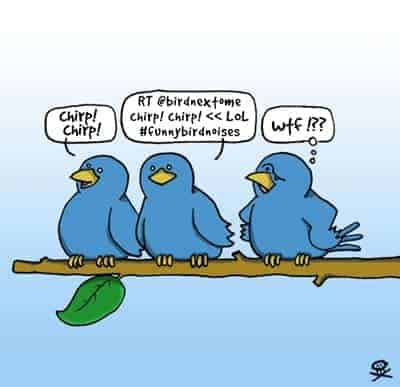 Here are a few useful Twitter tips, just in case you haven’t heard of them before. My eyes are still bleary from putting together my lengthy holiday gift guide at Eating Rules, so I’m going (attempt to) to be brief.

That “RT @username: ” takes up quite a few characters, which all count towards the 140 limit.  So make sure that your tweet is short enough that it won’t be truncated or edited when someone retweets you. 120 should be fine, but if you have a particularly long username, you may want to keep it to 115.

2. Put something before the @ if you want others to see it

If you “at reply” to someone — meaning that their @username is the very first part of the tweet — then the only people who will see that tweet in their timelines are you, the person you’re mentioning, and anyone who is following both of you.

This is really important. Your tweet will still be visible to other people if they go to your profile page — but it won’t show up in their home feed (or other list feeds) unless they’re already following both of you.

This is pretty smart on Twitter’s part, since it allows you to reply to people and have a side conversation without cluttering up everyone else’s stream. If  you want other people to see the tweet, there needs to be any other character in front of the @ sign. Many folks will simply use a period at the start of the tweet.  Or you could make it a little more natural.

For example, most people won’t see this:

Much better to say this:

Hey @nerdpress, thanks for these three terrific Twitter tips! http://bit.ly/3twittertips

(Thanks to Jeff Potter, @cookingforgeeks, for teaching me this one.)

If you’re retweeting someone verbatim, then “RT @username:” is the standard format to use (or use the built-in retweet function).  If you modify their tweet, it’s becoming common practice (perhaps common courtesy) to use “MT @username:” instead.  It simply means “Modified Tweet” instead of “Retweet.”

That brings up the question of how much modification warrants going with MT instead of RT.  Since not everyone knows what MT means (yet!), it does have some potential to cause a little confusion.  Personally, if I just change a couple of characters to save space, but don’t change the tweet substantively, then I’ll usually stick with RT.  If it’s a long tweet with two sentences, I might just RT one of the sentences if I’m not tweaking the remaining sentence.  But if I start cutting out whole words, or tweaking it more than just for efficiency’s sake (correcting grammar, perhaps), I’ll use MT instead.

Cartoon by Scott Hampson, used under the creative commons license. 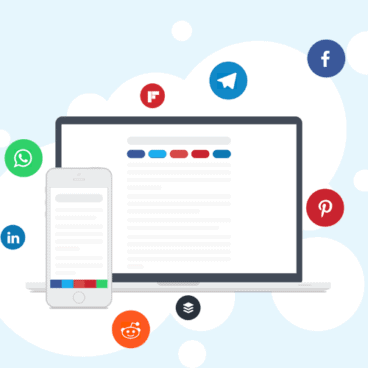 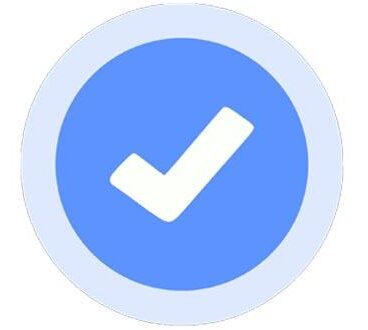 Verify your Facebook page to show up higher in search results

Share this ArticleLike this article? Email it to a friend!
Email sent!